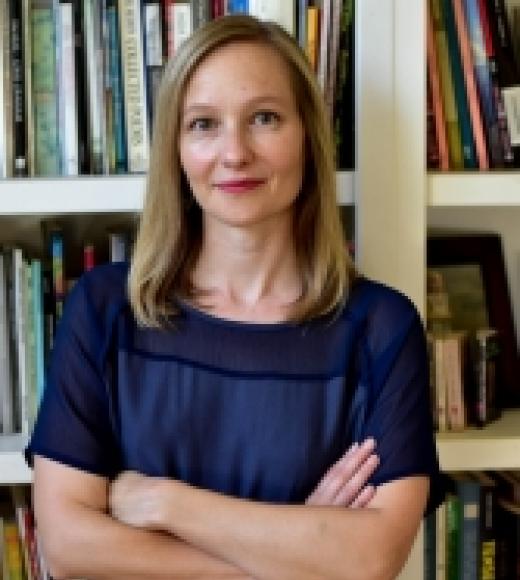 Margaret Ronda joined the UC-Davis faculty in 2014 after teaching in the Department of English at Rutgers University-New Brunswick. She specializes in American poetry from the nineteenth century to the present. Particular areas of interest include Marxist criticism, aesthetic and genre theory, ecological literary modes, and avant-garde poetics. Her critical book, Remainders: American Poetry at Nature's End(Post*45 Series, Stanford University Press, 2018), attends to the ways American poets and poems dramatize an ever-clearer sense of planetary environmental crisis by reimagining poetic genres such as pastoral and elegy. Her essay on Paul Laurence Dunbar won the William Riley Parker Prize from the MLA for the "outstanding essay" in PMLA in 2013. She has held fellowships from the American Council of Learned Societies, the Center for Cultural Analysis at Rutgers University, and the Hellman Fellows Fund. She is the author of two books of poetry, Personification (2010) and For Hunger (2018), both published by Saturnalia Books.

"Mourning and Melancholia in the Anthropocene." Post45 Peer Reviewed, June 2013.

"'At the edge of what we know': Gender and Environment in American Poetry." Cambridge Companion of Twentieth-Century American Women Poets. Ed. Linda Kinnahan. Cambridge University Press, 2016.

"'Not one': The Poetics of Multitude in Great Recession-Era America." In Created Unequal: Class and the Making of American Literature. Ed. Andrew Lawson. Routledge, 2014.

Introduction and essay, "Outside of Knowledge," Feature on "The Poet-Scholar," Jacket2, 2015.