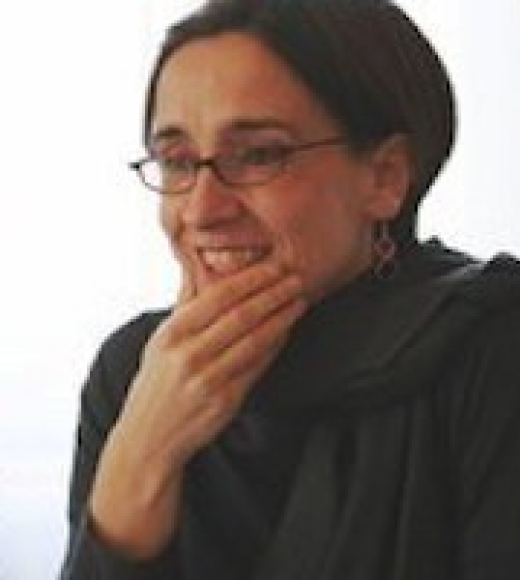 Cristiana Giordano is an associate professor of anthropology at UC Davis. She received her Ph.D. in anthropology from the University of California, Berkeley, and her M.A. in philosophy from the University of Pavia, Italy. She works on foreign migration, mental health, the body, and cultural translation in contemporary Italy. Her research addresses the politics of migration in Europe through the lens of ethno-psychiatry and its radical critique of psychiatric, legal, and moral categories of inclusion/exclusion of foreign others; and through the lens of research on the human microbiome and migrant health in Europe. Her broader research interests also engage the relation between psychic life, therapy, clinical sites, and images. She is the author of Migrants in Translation. Caring and the Logics of Difference in Contemporary Italy (University of California Press, 2014), winner of one of the 2016 Victor Turner Book Prizes. Giordano’s other line of inquiry involves finding new ways of rendering ethnographic material into written texts and/or artistic forms. She explores new ways in which anthropology can contribute to and learn from perfomative endeavors, such as theater plays and installations. To this end, she has been training in the devising theater technique of Moment Work (invented by New York-based Tectonic Theater Project), which draws from nontheatrical source material (interview transcripts, legal and medical reports, news articles, archival documents, visual material, etc.) to devise theater pieces on current events. She has been collaborating with playwright and director Greg Pierotti (one of the founders of Tectonic Theater Project) on new methodologies at the interstice of the social sciences and performance, and on two theatrical projects using this devising technique: one on police violence in the U.S. (by Pierotti), and one on movement, borders, and the current “refugee crisis” in Europe (co-written with Pierotti).